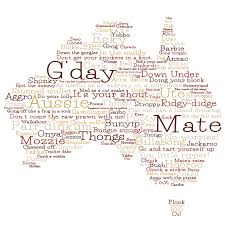 Metaphors and identities in the Australian vernacular

This project investigates the uniqueness of Australian vernacular English from the late 1800s until today. This is an area of vocabulary which most people find fascinating, and yet its formal study has been largely ignored. The project expects to develop a new understanding of Australia’s novel, often entertaining, use of words.
Australians have always regarded their colloquial language as an important indicator of their Australianness, but many also worry that Australian slang is under threat. This project seeks to understand its nature, how it has changed over time, the metaphors underlying Australian English expressions and what this language tells us about Australian culture and its embedded values. The project brings together a team of leading researchers on Australian English to provide new and much needed insights into this under studied and poorly understood area of linguistic behavior in Australia. By distinguishing Australian colloquial English from other varieties, such as British and American English, the project seeks to uncover whether Australians really do live up to their popular image of having an unusually rich and creative slang — and if and how this language reflects Australian culture and identity.
The project will commence in 2021 – but it is already attracting media attention.
The project is supported by the Australian Research Council under the scheme Special Research Initiatives 2020 round 2 (SR200200350).